History of the Estate 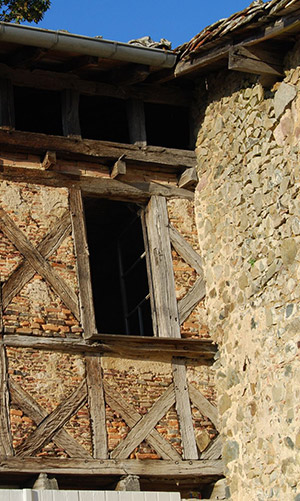 The history of the Domaine dates back to the Middle Ages represented by the typical architectural elements, such as the cross of St. Andrew in the reception room and thick walls common for that time.

The Mansion’s architectural features are typical of the eighteenth century with its classic style and symmetry on the facade, its central staircase, the living rooms on the ground floor, and its rooms with double doors for the landlords with high ceilings and fireplaces. The attics were then reserved for servants.

The estates has survived through centuries, between auspicious times as during its occupation by a Russian baroness in the mid-nineteenth century, and periods of abandonment after the Second World War.

In 2004 Richard Brague bought the Domaine. He entirely renovated the estate in the spirit of a family house, preserving its style and giving back its former glory. After being abandoned for 15 years the task was colossal!

We use our own and third party cookies. If you continue browsing we consider you accept the use of cookies.
Accept